Push for local wool processing and manufacturing by Australian farmers 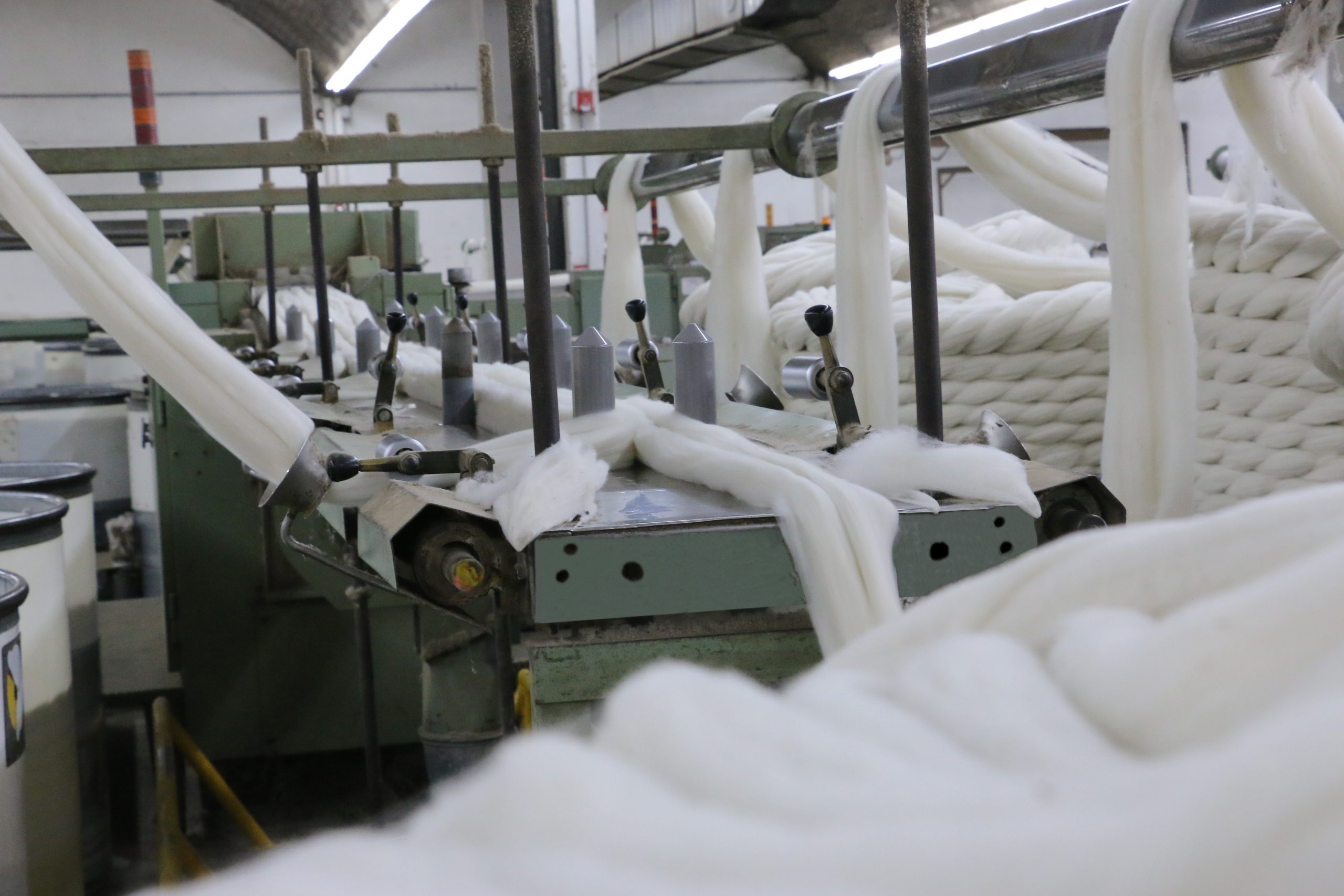 Australian farmers push for local wool processing and manufacturing after coronavirus reveals reliance on China. Key points include: The National Farmers’ Federation wants to see a revival of domestic food and fibre manufacturing and processing; Most of Australia’s wool processing has moved offshore but there is a push to bring some back ; One wool processor says his local factory is cheaper to run than his Chinese plant, thanks to better technology and automation.

The nation’s farm lobby has called for governments to revive domestic manufacturing and processing amid concerns the agriculture industry relies too heavily on countries like China.

It wants state and federal governments to look at investing in food and fibre processing and has cited commodities such as wool and cotton.

Australia used to have a thriving wool processing industry, but the majority of wool is now sent overseas to be cleaned and spun into yarn.

We need to have the food and fibre value-adding and processing here in this country,” he said. “Technology’s moved on in the last couple of decades. We have seen improvements in technology. Things are cheaper, things are more efficient to run.”

Mr Mahar said governments should consider options such as co-funding, tax offsets, and research and development incentives and commercialisation. “Things have changed in the last couple of decades,” he said. “It’s timely to have a look at it, so if it’s viable and we can get governments to commit to it, I think it will have a real beneficial impact in rural and regional Australia.”

Most wool processing factories closed down years ago due to high energy and labour costs, and the pressure to obtain environmental approvals. But one of the last remaining factories, run by David Michell and his family in Adelaide, has bucked the trend. His ancestors began scouring wool — washing it to remove dirt, grass seeds and grease — 150 years ago.

The business now buys, cleans, bales and exports wool and also has a factory in China. Mr Michell said technological advancements meant it was now cheaper to process wool locally than at his Chinese plant.

“We’ve put a lot of work into automation; we’re looking for that 1 per cent gain in everything we do,” he said. “In China, it’s very much people first and machinery second, so I think it’s a whole different philosophy in how you run a factory.”

He does not envisage a large-scale revival in wool processing because of the significant capital required to build new plants, but once the pandemic passes he plans to invest more in boosting his company’s local processing capacity.

“We’d increase production here in Adelaide on the back of China losing some of its market share post-COVID-19,” he explained. “There’s been a trend in the last 10 years to move production back to Western countries to service Western markets, and I think that that will increase.”

Woollen clothing manufacturer Kerrie Richards and her husband Malcolm Pain recently won Queensland and Federal Government grants to expand their Brisbane-based business. They’re planning to buy new machinery so they can do more themselves.

“We’re looking at micro-processing on a small scale, which is suitable for our business,” Mrs Richards explained. “So it won’t suit maybe the rest of the industry, but it will suit us and the size and our business.”

The couple have found their supply chain can be frustratingly long and expensive. They source wool locally and send it to Asia and Europe to be cleaned and spun into yarn. Then the fibre is sent back to Australia, to Melbourne, where it’s made into fabric before being trucked to Brisbane and sewn into thermals, activewear, woollen underpants and more recently, face masks.

Woolgrower Georgie Kelly, from Rugby in New South Wales, said it was “to our detriment” that so much production had moved offshore. “The fact that we send our wool overseas to be scoured and processed and brought back into Australia seems like a lot of travel miles for something we could very easily be doing here,” she said.