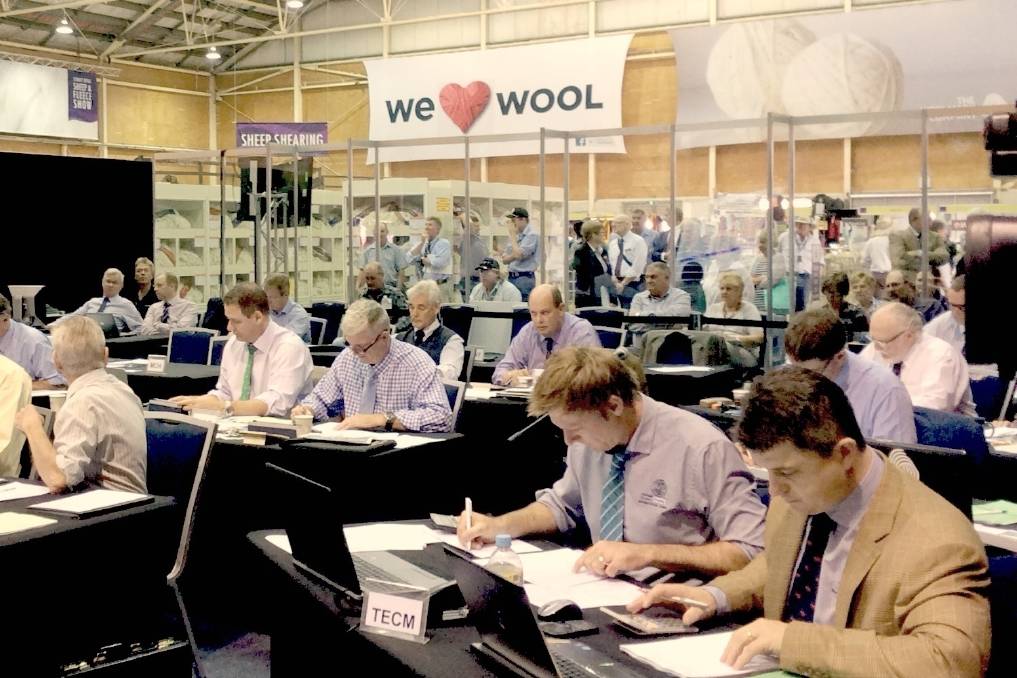 Australian wool auctions this week featured far less volume put up for sale, which in the current climate did assist to slow the price depreciation. Prices spent the week trying to establish a firmer footing of trade where local and overseas buyers could gain some semblance of confidence and support the market. In specific types and descriptions this managed to occur to some degree, but largely softer prices resulted.

The EMI (eastern market indicator) fell away by 1.7% to 929ac cln/kg and the USD EMI lost more by falling to 669usc cln/kg, a 2.5% decline, exacerbated by a stronger USD. Clearance rates lifted though and the relatively more stable auction scenario had 89% of the offering sold to the trade.

Whilst the Chinese top makers provided the backbone to the market once more, the local trading exporters exercised a little more buying power across the entire selection of types on offer. European top maker interest waned, but pockets of interest emerged from the Italian operators as the wool types on offer continue to improve in quality to meet the exacting standards of those manufacturers. Whilst not the dominant force they usually are, the very best of the wools found their way into Italian inventories.

The positive price outcomes of this week’s auctions were restricted to the superfine (less than 18.5mic) Merino sector and the carding/oddment sectors. The superfine wools managed to appreciate by a humble 10 to 20ac and average gains of around 10/40ac were recorded on carding types.

Merino types broader than 18.5 micron were hard hit this week, as were crossbreds wools. General losses on both these segments approached the 35ac mark. The fine medium (19.0 to 22.0mic) Merino is the sector considered as the commodity type which is generally the most easily traded and moved on wool types. For these types to be out of favour is reflective of the current volume unable to be moved swiftly through the chain.

Next week all three Australian centres will offer around 33,000 bales.