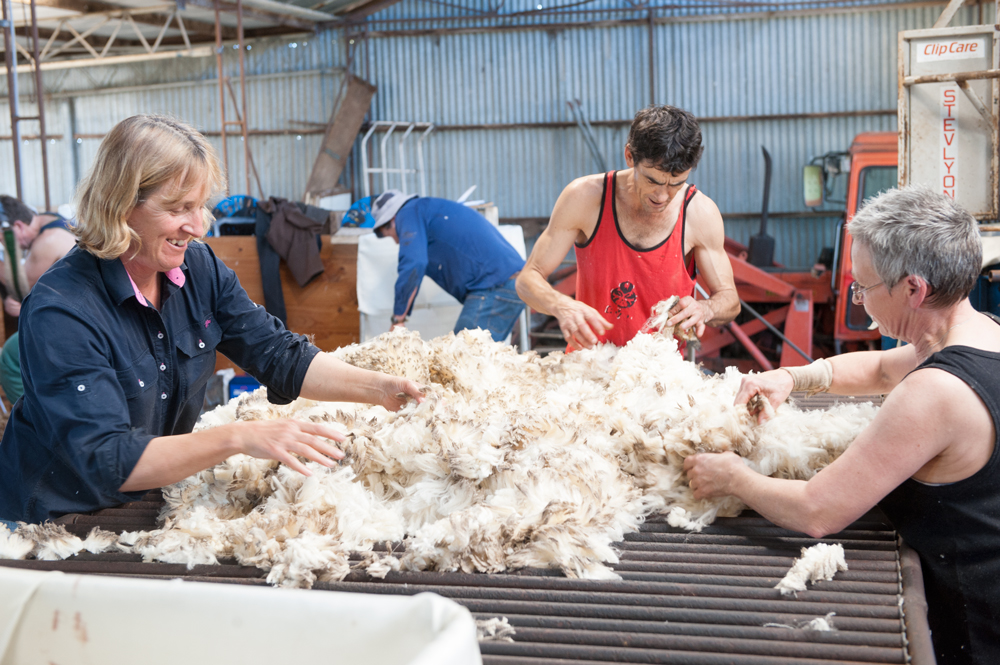 Australian wool auctions produced lower prices this week as the market deflated back to levels where volume of trade concluded a few weeks back. The initial opening loss of around 70ac on the first day was largely to the script of expectations of the trade prior to opening. The final day surprised most though as the market did open to the expected softer levels but as the sale progressed an increasing and general urgency from buyers had prices heading up again by the close, particularly in Fremantle.

The Eastern Market Indicator (EMI) closed the week losing 81ac or 6.6% to be 1138ac clean/kg. This eliminated 80% of the gains of last week, but the trend is still pointing to the positive overall. The forex rates are behaving very similar to the wool prices with pluses and minuses being registered weekly, but the magnitude of currency movements in AUD are nowhere near the wool price oscillations. The USD EMI was less affected this week but still depreciated to 813usc clean/kg, which is 50usc or 5.8% lower.

The rapid price gain of last week’s sale was extraordinary but as a result, it spooked overseas buyers somewhat and mostly they reverted to inaction as far as further purchasing was concerned. As prices retreated this week, levels of inquiry did pick up a little giving local buyers a bit more confidence, enabling a consolidation in the market price to be set. Mainly Chinese enquiry is present but also smatterings of firm business from other regions is evident.

The 44,000 bales advertised to be offered to sell this week gone failed to appear, with 37,432 bales eventually being offered of which 35,923 were of Australian origin. Combined with the comparatively heavy passed in rate of 26% for the sale series, eventually a touch over 26,000 bales was sold through to the trade, once again appearing to verify a weekly volume which current demand appears to be coping with.

Merino fleece and skirting types were generally 70 to 100ac cheaper in the eastern selling centres, but the Western Australian wools had much better buyer support. The weekly price deterioration was much less in WA and all types and descriptions fell just 40 to 55ac from their established levels. The Fremantle prices being offered were consistently better and most of the individual price brackets were ahead of the eastern levels.

The cardings sector had the best price outcomes of all type segments and losses were limited to just 10 to 25ac in the eastern markets, but once again the WA carding wools outperformed and actually added 5 to 10ac. Crossbred wools fell away 75ac across that entire breed type.

Just short of 37,000 bales is rostered for auction next week.