British retailer Next in joint bid with US investor 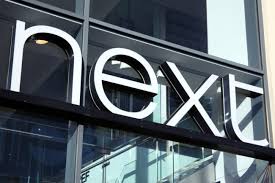 Fashion retailer Next is in talks with American investment firm Davidson Kempner Capital Management for a joint bid to gain control of Arcadia fashion group, which collapsed into administration last month.

The two companies were “likely, but not certain” to bid for Arcadia ahead of a revised deadline next Monday, the Sky News report added, citing sources.

Under the plans being discussed, Davidson Kempner would provide the majority of the funding required to complete a takeover, Sky News reported.

Next and Davidson Kempner Capital Management did not immediately respond to Reuters requests for comment.

Arcadia’s collapse into administration in November put over 13,000 jobs at risk, with the company becoming one of the UK’s biggest corporate casualties of the COVID-19 pandemic.

The fashion group, whose brands include Topshop, Topman, Dorothy Perkins, Wallis and Miss Selfridge, trades from 444 leased sites in the United Kingdom and 22 overseas.

The Daily Telegraph earlier this month reported Authentic Brands was planning a takeover of Arcadia Group, which had declined sportswear group Frasers’ offer of a “lifeline” loan of up to 50 million pounds.