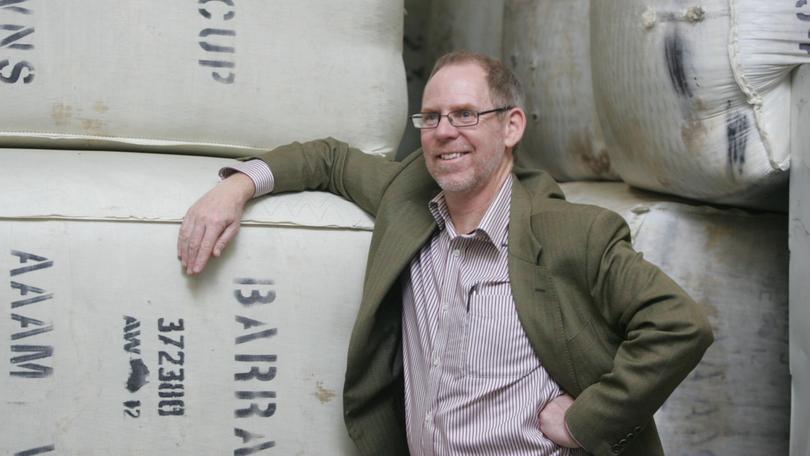 Rowan Woods, President of NCWSBA, said “Chris has been the driving force for NCWSBA on the many issues that the industry has faced in the 13 years he has held the position of Executive Director, ensuring that the views of our members are heard loudly and clearly. These issues have included the National Wool Declaration including the introduction of the NWD in 2008 and AWEX’s triennial reviews of the NWD and supporting the uptake of the NWD.”

“Chris also supported the NCWSBA Board in developing its policies regarding the management of flystrike and NCWSBA’s more recent policy supporting the mandatory use of anaesthetic and analgesic when mulesing. Other important issues over the past 13 years on which Chris has worked include working with other industry organisations during the COVID-19 lockdown in 2020 to ensure the continuation of wool auctions and the annual review of the Wool Selling Program and pushing for more selling weeks each year.’, Mr Woods continued.

“Chris has been highly innovative for NCWSBA, in particular leading the introduction in 2012 of the annual NCWSBA Wool Broker Award and administering the Award each year. The Award, sponsored by SheepCentral and AWTA, recognises younger wool brokers who make significant contributions to our industry.”

“Other key innovations introduced by Chris have been the development and launch of the NCWSBA website in 2008 and its update in 2016, as well as developing the NCWSBA wool broking historical displays at the Sydney and Melbourne Wool Selling Centres with the help of our sponsors (AWTA, AWH and AWEX). Chris has also authored the well-known NCWSBA Weekly Newsletter since it began in 2008, with its keen analysis of global influences on the wool market and latest industry news.”

Mr Woods continued, “He has been instrumental in raising the profile of NCWSBA and its members both here in Australia as well as internationally at the annual Congress of the International Wool Textile Organisation and at the annual Nanjing Wool Market Conferences. He has been involved in many other activities and achievements over the past 13 years.”

Chris Wilcox said, “I have enjoyed my time with NCWSBA enormously and have found it tremendously rewarding. While I have worked in the Australian wool industry since 1992, my 13 years with NCWSBA has, without doubt, been my favourite time.”

“One of my most cherished memories will be the highly successful NCWSBA Centenary events that we held in February 2020, with the Centenary auction followed by the Centenary cocktail reception in Melbourne”, he continued.

“Over the 13 years, I have worked with many excellent wool industry people, on the Board, among the NCWSBA members and those who work in the industry. I have made life-long friends, for which I am very grateful.”

Mr Wilcox said, “I would like to thank the current NCWSBA Board for their support and friendship, and particularly thank the six Presidents of NCWSBA with whom I have worked closely: Robert Ryan AM, Matt Pedersen, Kym Gunn, Simon Hogan, John Colley and Rowan Woods.”

Mr Woods noted, “The NCWSBA Board has agreed on a replacement for Chris as Executive Director. Paul Deane has accepted the position and will begin on 3rd May. Paul brings excellent experience as an agricultural economist having worked at The Woolmark Company, the ANZ Bank and the Victorian Department of Agriculture. He is currently working as a lecturer in agricultural economics and agribusiness at Melbourne University. We will provide further details about Paul when he begins in May.”

“On behalf of the NCWSBA Board and members, I would like to thank Chris for his hard work, his successes and his attention to the needs of the organisation. We wish him all the best in his retirement”, Mr Woods concluded.