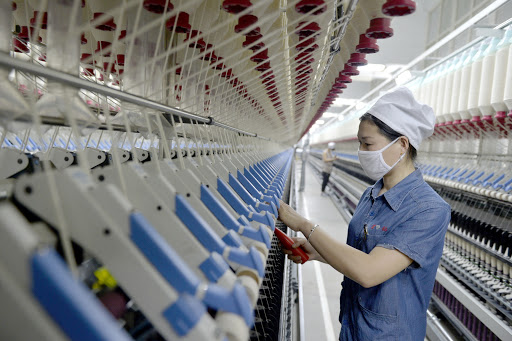 China watchers got a mixed view over the weekend of the country’s all-important manufacturing sector. China’s government reported that manufacturing expanded in March, while a closely-watched private report said factories struggled with poor demand for their products.

The National Bureau of Statistics said Sunday that its official index of purchasing managers’ sentiment rose to 53.1 in March from 51 in February. Any reading above 50 indicates expansion in the sector.

The March report marked the fourth consecutive monthly increase and the index’s highest reading in a year.

At the same time, banking company HSBC issued a report that showed factory output fell in March for the fourth time in five months.

“Factory output was reduced largely in response to lackluster demand from domestic and external markets,” the HSBC report said.

The contrasting reports follow a pattern of recent months, as the two indexes have diverged.

Investors and analysts have been concerned that China’s growth may be slowing too quickly.

Chinese Premier Wen Jiabao rattled investors recently when he said that China’s new gross domestic product growth forecast for 2012 is 7.5%, down from an earlier prediction of 8%.

A “hard landing” by China could ripple throughout the world. Troubles in Europe, the largest market for China’s goods, have intensified fears about a China slowdown.