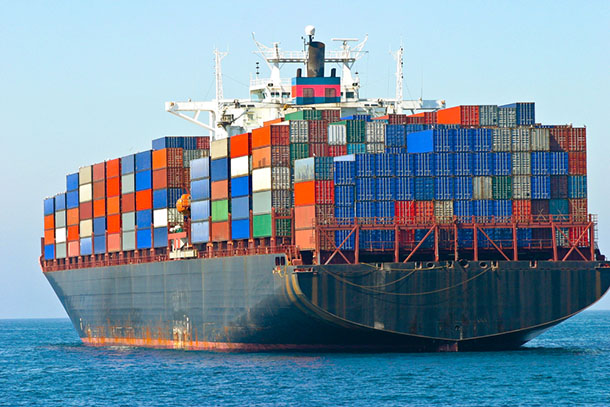 Australian wool exporters face credit squeeze as shipping delays add up to 40 days on to export times to China and Europe. Wool exporters are the latest casualty in the worldwide delays affecting the shipping industry. A bottleneck at both Australian ports and in Singapore has meant that wool is taking up to 90 days to get to Europe, which is 40 days more than usual, and an extra 10 days to get to China.

Dubbo-based wool broker Don McDonald said the delay is mainly affecting exporters and they may start buying less of the wool as a consequence.

“One of the issues that’s really hampering things at the moment is a congestion in shipping, particularly around Singapore,” he said. “And, you know, half the world’s freight goes through Singapore.

“Shipping intervals have been extended by up to 40 days, so it’s taking something like 90 days to get to Europe. “And China, normally, it’s a very quick two-week turnaround, now there’s delays of between seven and 20 days to China.

“That’s impacting cash flow on the exporters in some cases, it’s halving their facility, that’s probably a major effect of why the increased quantity is starting to impact the market.”

Wool exporters said the shipping delay was putting pressure on their cashflow.

It means exporters have to carry the debt for longer than usual after paying growers following the auction sale.

Peter Morgan is the Executive Director of the Wool Exporters and Processors and he said they are monitoring the delays.

“It is a concern,” he said. “It could put pressure on financing because delays are happening, as you are not going to be paid until it is delivered and that puts pressure on cash and cashflows. That limits the amount exporters can buy as it is a credit squeeze.”

The delays have also thrown added uncertainty to the supply chain.

“There was one exporter that said the other day, ‘you’ve got no certainty even when you have booked space on a ship, because that space could be cancelled,'” Mr Morgan said. “Then it could be a week, two weeks or four weeks to get the shipment out depending on when or where the world it is going.”

Delays are a global problem

Shanghai-based wool trader Lizzy Shen said the delays are an ongoing problem but need to be put in perspective.

“The shipping doesn’t affect processors as much in China, they can cope with a one-week delay, but a two-week delay starts to cause them to be worried about supply for their machines,” she said. “Australia is not the worst part, New Zealand is worse and Europe is a total mess. I bought some UK wool in December, they say they can’t book a container till February, but it didn’t leave till mid-March. So it’s a global problem, and it’s not just Australia, in fact Australia is better than average.”