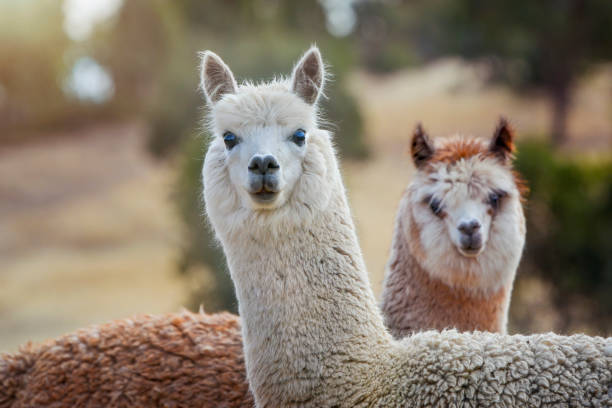 Australian Alpaca farmers are selling their finest fleeces to be made into exorbitantly priced, naturally coloured garments. Only a few months ago, John Bradbury, a Fremantle-based wool processor sold his first shipment of ultra-fine alpaca fleece to the Loro Piana fashion house in Italy.

Historically, Australian alpaca farmers have relied on selling their live animals to survive but the importance of fleece is growing as animal exports stagnate. “Export definitely isn’t a predominant market-driving force at the moment,” Australian Alpaca Association president Brett Fallon said. “That’s meant people are more focused on the value of the fibre they’re producing.”

However, unlike sheep’s wool, it is also sorted and marketed in as many as 25 different colours, which can be preserved in the final garment without the need for dyeing.

“The undyed fibres have a special look about them. There are particular blacks and browns that go into natural fabrics, particularly for ladies’ fashion,” Mr Bradbury said. “Dyeing is expensive, time-consuming and there is obviously pollution from the chemicals, so [not dyeing] is a much better outcome environmentally and for the manufacturer.”

Historically, coloured alpaca fleece has sold at a discount to white wool, but designers’ growing interest in natural colours has prompted a sharp rise in the value of black and other colours.

Brett Fallon breeds alpacas specifically for the colour of their coat. This year, the price he receives for pure black wool has more than doubled.

“Traditionally the white fibres — if you think commercial merino, angora and cashmere — have been the highest value,” Mr Fallon said. “But in the past 12 months, we’re really seeing that push for black and non-dyed natural colours and seeing that premium flow back to the producer.