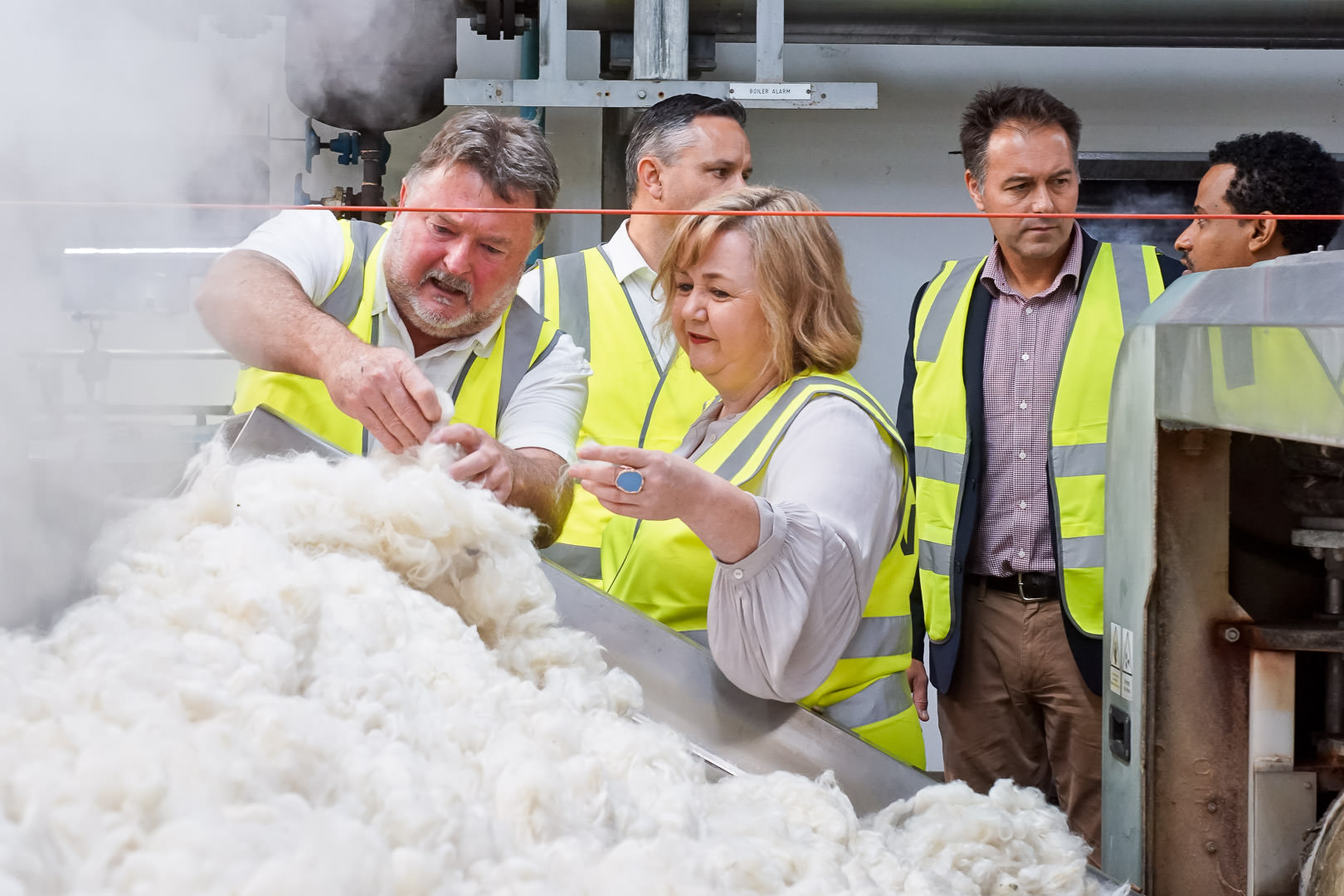 Wool scourer WoolWorks will replace its gas fired boiler at its Awatoto plant near Napier with a modern efficient hot water heat pump, significantly reducing the site’s carbon emissions by almost a quarter.

The new hot water pump at Awatoto, which will be one of the most sophisticated and largest in New Zealand, will replace the site’s natural gas-based hot water generation system, including a hot water boiler and steam heat exchangers.

WoolWorks will invest $2 million in the project with EECA contributing $455,000 through GIDI fund.

The project will reduce carbon dioxide emissions from scouring operations at the plant by 1700 net tonnes per year, 24% of the total energy-related emissions from the site.

WoolWorks is also switching from coal to an electrode boiler at its Washdyke site near Timaru in a separate project also co-funded by a previous GIDI round.

“This investment represents another material step in our goal to improve WoolWorks’ environmental footprint and reduce our carbon emissions.

The fund is also helping Ravensdown install a biomass combustor at its Dipton lime quarry.

Locally supplied wood fuel will replace coal in the lime-drying process – an important part of preparing the naturally occurring soil conditioner for use by Southland farmers and growers.

The co-operative’s commitment is being matched by funding through the Government Investment in Decarbonising Industry (GIDI) Fund.

“The intense interest in GIDI from all parts of the manufacturing economy shows how important the fund has been in driving the climate change response. Ravensdown is thrilled to receive this support in order to greatly advance progress on our plan to phase out coal across the business,” Diack said.

Ravensdown lime is used on-farm to improve fertility by reducing acidity. Along with reducing transport emissions, drying the lime helps it to be spread more evenly as a powder over grazing areas.

The sustainability initiative is part of a programme to reduce production related carbon emissions and improve Bremworth’s operating efficiency as one of the country’s largest wool product manufacturers.

The decarbonisation initiative is set to reduce emissions by up to 30% and help boost wool product exports, Bremworth chief executive Greg Smith said.

The first stage is a $2.1 million project for the Napier wool yarn spinning plant to transition from natural gas process heat to electric heat pump technology.

The initiative is designed to improve the energy efficiency of manufacturing processes by detailed process heating measurement, minimising waste heat and optimising the heating system configurations and technology to meet future production volumes.

The project will reduce emissions at the facility saving up to 1500 tonnes of CO2 per annum.

“The increased efficiency of the new technology will help lower operating overheads, as well as boosting production and exports,” Smith said.

“While wool is already an inherently natural, renewable and biodegradable manufacturing material, we have a longer-term strategic programme in place to further lower our carbon footprint, with the minimisation of gas-powered process heating being one of the key projects for the company.

Improving the sustainability of New Zealand’s wool carpet industry is a critical differentiator from flooring alternatives for international markets.

“We know that our recent move away from synthetics to natural wool fibres has been well-received by our export network in Australia and the US,” he said.

“However, to support the brand’s ongoing evolution we are researching a number of ways to further improve the products’ circularity and reduce our environmental impact at all stages of production.

“With each new sustainability initiative we undertake we are helping to position our carpet further away from competitors across a growing international market niche.”

The company’s decarbonisation project will be co-funded by 38% (almost $800,000) under the $69 million Government Investment in Decarbonising Industry (GIDI) Fund, which is administered by EECA.