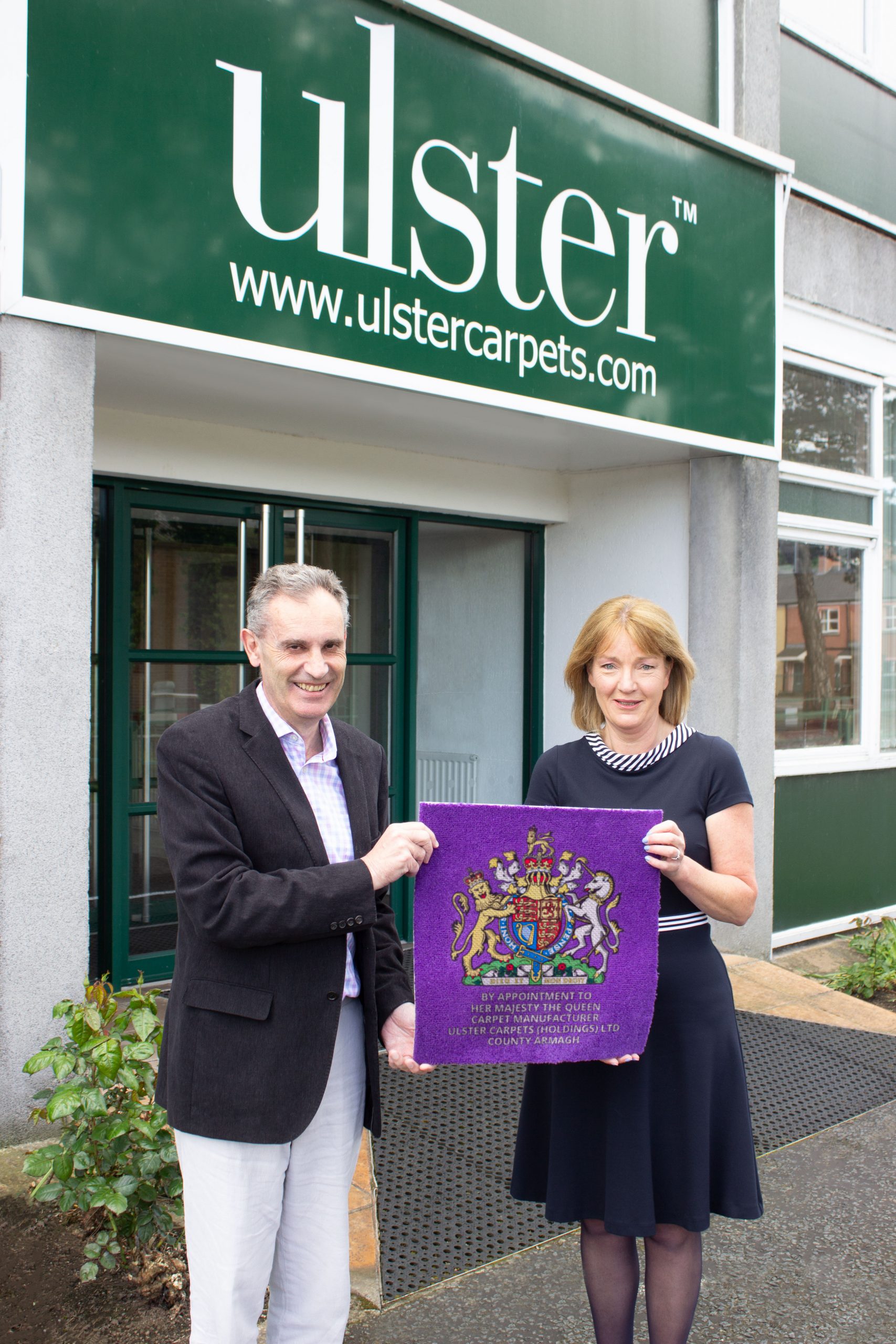 Ulster Carpets is one of the most recognisable names in the residential flooring industry and has been granted a Royal Warrant by Her Majesty The Queen. Established in 1938 in Portadown, Northern Ireland by George Walter Wilson, Ulster Carpets are still owned by the founder’s family and have grown to become the premier supplier of Axminster and Wilton carpets to the world market. As one of Northern Ireland’s leading exporters, over 75% of the company’s carpet is exported outside of the United Kingdom.

Nick Coburn CBE, Group Managing Director, said, “To receive the Royal Warrant in Her Majesty’s Platinum Jubilee year is a real honour. This achievement has taken several years of dedicated work by our staff and it further underpins the huge success and progression of Ulster Carpets, particularly as we look forward to celebrating our 85th anniversary next year.”

Still based on the same site that Nick’s grandfather founded the company on, Ulster’s forward-thinking and innovative approach has helped them to maintain their manufacturing base in the UK.

“One of the key reasons behind this success is that we are the only fully integrated manufacturer of woven carpet operating entirely in the UK. From sourcing the highest quality wool and spinning and dyeing the yarn through to the bespoke design and weaving of our luxury carpets, we have complete control over every step.

“We are continuing a significant investment programme to create and secure jobs in the UK, which will grow our business across the world.”

To mark this year’s Jubilee, the Northern Ireland Office have launched a competition for primary school children to design a rug, which will be manufactured by Ulster Carpets before being presented to The Queen.

Ulster Carpets are also continuing to work closely with the Royal Household to develop designs for Royal Residences.

Luxury hotels ranging from The Savoy and Claridge’s in London through to The Drake, Chicago, InterContinental Paris Le Grand and Burj Al Arab in Dubai all feature custom designed carpet manufactured by Ulster.

Many of the world-famous casinos in Las Vegas also feature custom carpet manufactured in Portadown while Ulster can count Cunard’s world-famous Queen Elizabeth, Queen Mary 2 and

Queen Victoria among a prestigious marine portfolio that also includes Regent’s Seven Seas Explorer – trademarked as ‘the most luxurious ship ever built’.

Photo: Nick Coburn CBE, Group Managing Director, and Joyce McIvor, Contract Sales Director for UK and Ireland, mark the news that Ulster Carpets have been granted a Royal Warrant by Her Majesty the Queen