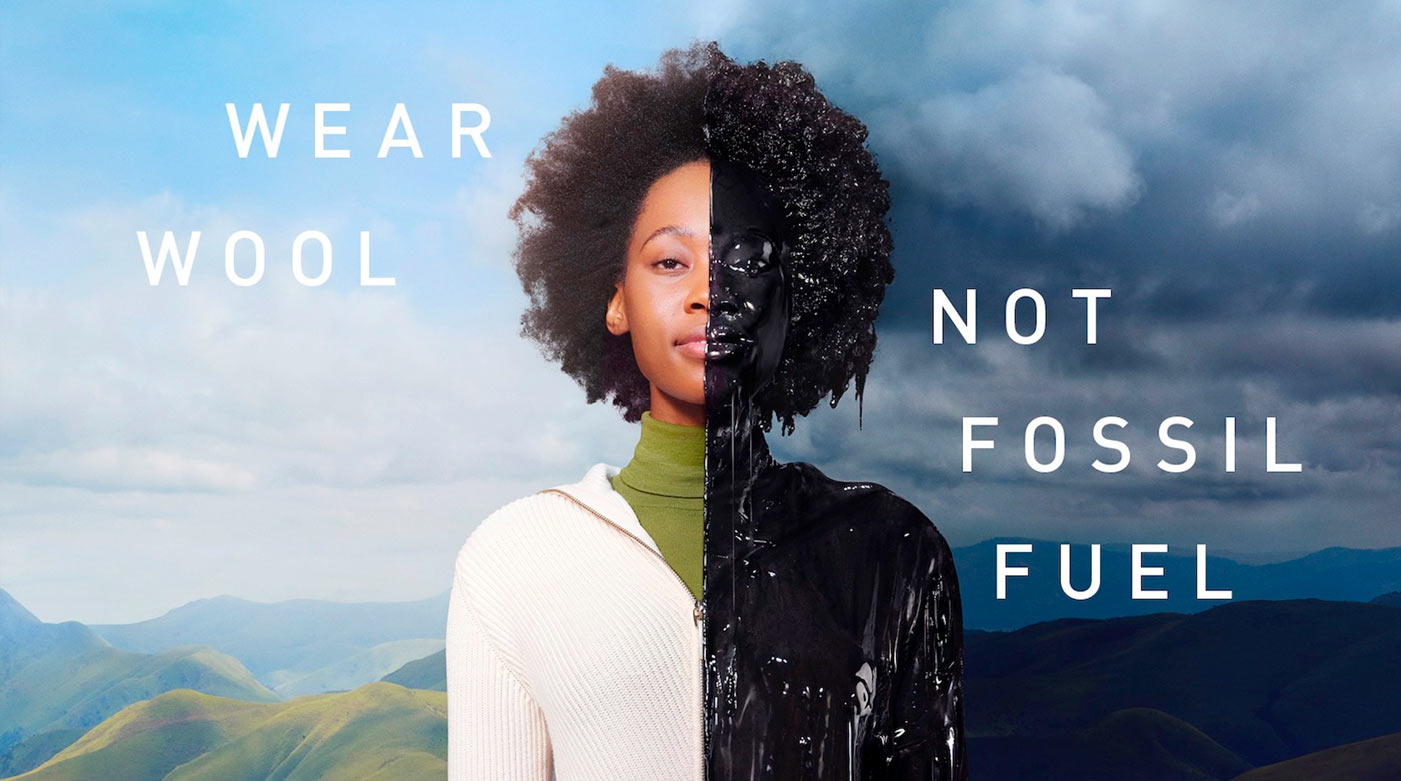 AWI Chief Executive Officer John Roberts says it has a simple but powerful message. “It aims to show people the hidden impact of synthetic fibres on the environment and how choosing natural fibres such as wool can be a solution to reducing fashion’s impact.

Featuring a series of powerful visual messages that highlights the link between fabrics made from synthetic fibres and the crude oil used in its manufacture, with initial media scheduled in Australia, the United States, the United Kingdom and France during September”.

Research conducted by The Woolmark Company has shown that while more than one third of global consumers say they are willing to pay more for sustainability, fibre consideration does not feature in the purchase journey at all.

Furthermore, the research highlighted that consumers are not making the link between synthetic fibres and fossil fuels.

The campaign centres around a 60-second film showing people struggling to escape an oil-filled swimming pool, based on the insight that every 25 minutes, an Olympic pool’s worth of crude oil is used to produce synthetic clothing, which amounts to almost 350 million barrels a year.

Mr. Roberts says consumers should know that the natural, biodegradable and recyclable qualities of wool stand in sharp contrast to the properties of synthetics.

“It is predicted that in just ten years’ time, 73% of the entire clothing market will be made from synthetic fibres, which are derived directly from fossil fuels. The impact these clothes have during the use and end of life stages of their lifetime cannot be underestimated. In fact, it’s been said that the equivalent of 50 billion plastic bottles’ worth of microfibres enter wastewater every year just from washing. Science shows that wool fibres biodegrade in both land and marine environments, so we know that Merino wool does not contribute to microplastic pollution.

Studies also show that wool clothes are amongst the oldest in wardrobes, with high levels of reuse and donation, along with high levels of recycling and commercially viable end-of-life pathways. These factors alone indicate why choosing clothes made from natural fibres, such as Merino wool, are so important in transitioning to a circular, slow fashion model.”

AWI worked with creative agency, 20something to develop the campaign.

“Back in 1980, our wardrobes were filled with natural materials like cotton, wool and cashmere. These natural fibres made up 60% of the market, far outstripping the relatively new polyester and polyamide alternatives. The rise of fast fashion, Instagram outfit culture and turbocharged consumerism has seen a wholesale shift in what lurks in our wardrobes. We rarely make a wider ecological connection between clothes, the fibres they’re made of, and the impact on the planet. Our ambition for our work with The Woolmark Company is to address that and raise awareness of the alternatives to synthetic fabrics.”