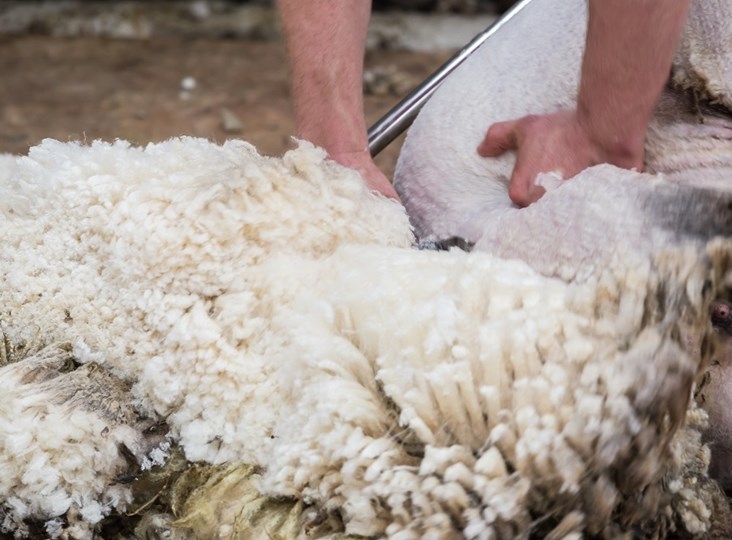 Now that the calendar year for 2022 has come to a close, AWI examines the fluctuating fortunes of the wool market across the year and match this with the latest wool production forecast which has revealed some fascinating trends.

Looking at the overall wool price as measured by the Eastern Market Indicator (EMI) it sits at a relatively similar level to where it was at this time last year, 1327c/kg clean relative to 1327c/kg. Interestingly the Western Market Indicator (WMI) ended the calendar year significantly higher than this time last year at 1486c/kg relative to 1410 c/kg and much of this can be put down to the fact that Merino wools almost exclusively make up that market indicator and those wools are in higher demand relative to broader wools that make up and increasing proportion of the wool market in the eastern states.

So given the starting and end points of the wool market in 2022 one may be forgiven for thinking the year was much ado about nothing. But  that theory proved wrong. The EMI traded in a band between a high of 1475 c/kg in late June to a low of 1225 c/kg in early December before lifting very sharply to finish the year at 1327 c/kg. The relatively stable start to the year before the gradual decline and then final rally has much to do with the management of COVID in our largest manufacturing and consuming market: China.

The optimism and activity that started the year gradually faded as the Chinese central government continued a hardline policy of COVID zero through lockdowns and fears of a global recession continued. The sheer cost of energy for European wool processors significantly increased with the ongoing war in Ukraine, putting the brakes on the ability of other wool processing countries to pick up the huge supply left in China’s relative absence. The news of the loosening of this policy in China, allowing people to both work and start to move about and begin resuming some “normal” living conditions quickly helped rally the market and the European and Indian processors that had been stepping in a supporting the market in China’s relative absence were over run at the final markets of the year which was obviously welcomed by woolgrowers.

While woolgrowers get paid in Australian dollars, the world buys wool in US dollars and over the longer term, the level the EMI generally sits at during periods of “normal” economic activity is roughly 1000us/c per kg clean. Looking at the EMI in US dollar terms gives a sense of the significance of real demand as well as currency fluctuations. While the EMI is US dollar terms began 2022 at about 970usc/kg it has finished the year at 900usc/kg, suggesting that if somewhat normal conditions return in the new year, the wool market, everything else being equal, should continue to lift.

However, as we have found as part of this global community, market conditions can change very quickly. On the supply side of the equation, the latest wool production forecast has some interesting developments. Shorn wool production is estimated to have lifted by 10% from 294 million kilograms (mkgs)to 324 mkgs greasy this year and in the next 12 months a further 5% to 340 mkgs in 2023. Considering the enormous and devastating floods across vast areas of wool production in NSW and Victoria, this is a somewhat stunning estimation. The medium and longer term effects of these devastating floods will continue to play out with significant support available from state and federal governments. The lift in estimated wool production comes surprisingly from the state most affected by the floods this year, NSW, lifting from 99 million kgs to 113, a 14% increase. With WA lifting 8.3% to 61 mkgs, Vic 4.5% to 74 mkgs, SA 8.9% 56 mkgs, Tasmania 10% to 10.3mkgs and Queensland increasing a spectacular 24% from 7.2 mkgs to 8.9mkgs.