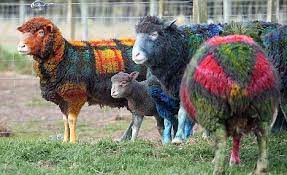 British Wool saw the improved demand from last sale continue in BW154 with over 1 million kilos being sold. This was achieved with no significant easing of prices, in fact some prices were up slightly from BW153, however prices remain low.

The offer in BW154 amounted to 1,282 tonnes spread over 178 lots. A total of 149 lots were sold which totalled 1,078 tonnes or 84% of the wool offered. Prices in general were firm to slightly dearer on the good colour lowland wool, however discoloured, grey and Mountain grades eased slightly in price. Encouragingly the volume sold was across an increased number of buyers than seen in the last several auctions.

Ewes No2 – firm to sellers favour.