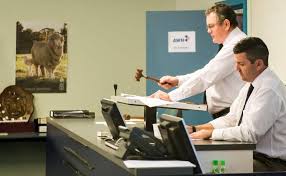 Price movements were minimal this week at Australian wool auctions. The most notable influence on wool values stemmed from the foreign exchange (forex) rates which saw the AUD strengthen strongly against all the major trading currencies.

Demand was predicted to be soft from the outset, which it was initially, but as the week progressed, buying intensity from most operators lifted and competition was strongest at the close of selling, except the crossbred sector.

A 9ac depreciation of the Eastern Market Indicator (EMI) occurred which closed 0.8% weaker at 1150ac clean/kg. The EMI in USD terms maintained at similar levels, being just 1usc higher at 846usc.

The scheduled 41,527 bales failed to materialise again and 36,535 bales were offered, a 12% drop from the previous Friday. Add the subsequent passed in rate of 12.1% for this week and this equates to 22.6% of the original roster not moving through the supply chain.

A good spread of purchasing interest was evident this week as processors, indent operators and traders were all active. As prices lowered or buyers filled current requirements, there was a quick buyer replacement that stepped in and helped maintain the healthy competition and price levels, indicative of strong order books present at the moment.

Super fine (18.5 micron and finer) Merino fleece and skirting types were the again well supported with better tested types up to 25ac dearer, but poorer wools barely maintained their rates. 19.5 micron was strongly sought and gained 15ac whilst the 20.5 to 23-micron wools were 10ac cheaper. Crossbreds were out of favour and fell 45 to 70ac.

Improved growing conditions across most of Australia are becoming evident in the wools now hitting show floors with a noticeable increase in fibre diameter and vegetable matter in Merino types broader that 20 microns a direct consequence of a better season in most areas.

Almost 42,000 bales are currently rostered for sale next week.