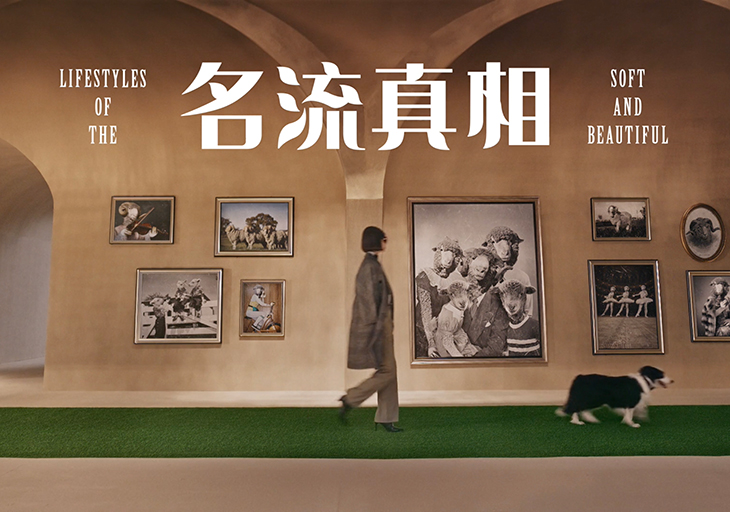 With a population of over 1.4 billion, China represents the world’s most lucrative fashion market. Chinese consumers are also increasingly sophisticated and constantly demanding a quality upgrade thanks to the rise of e-commerce and the proliferation of brand choices.

To seize such an opportunity, Australian Wool Innovation’s The Woolmark Company, teamed up with Wieden+Kennedy Shanghai to launch its first-ever brand campaign in China, aiming to turn its prestigious Merino Wool into the most coveted winter fiber for 2020.

Australian Wool Innovation’s Chief Executive Officer Stuart McCullough said, “At AWI we predicted China’s economy would be first to bounce back from the disruption caused by COVID-19. They are Australian wool’s biggest and most important customer. The time is right to promote our wool to a market that is both willing and able to buy wool in large amounts. Sadly, that is not the case in other key Northern Hemisphere markets.

“AWI is monitoring economic conditions in Europe and North America and will not be marketing in those markets until there is sustained evidence of economic improvement.

The China campaign is about communicating Australian wool’s natural benefits to a digitally-savvy, highly sophisticated Chinese audience. Our marketing strategy is built around a content-commerce model which allows us to focus on driving purchasing intent at a time when this season’s sell-through has never been more critically important for the future of the industry,” Mr McCullough said.

The campaign is a debut for the Merino Sisters, the first branded IP in Woolmark history. In three humorously curt interviews, consumers can learn about the superiority of Merino sheep genes and the unparalleled benefits of “Merino: the Treasure Wool”.

“For beef, there’s Kobe beef. For roses, there are Damask roses. For sparkling wine, there’s Champagne. We want to make Merino wool the most prestigious and respected family of wool for people in China. That’s our ambition,” said Tree Chan, creative director from W+K Shanghai.

The content went live on China’s No.1 e-commerce site Tmall, the preferred destination for renowned brands both locally and globally. The campaign has generated over 230M impressions and 9.9M video views with the teaser post by notable celebrity Loura Lou achieving 2 million views in less than 24hours on Weibo.