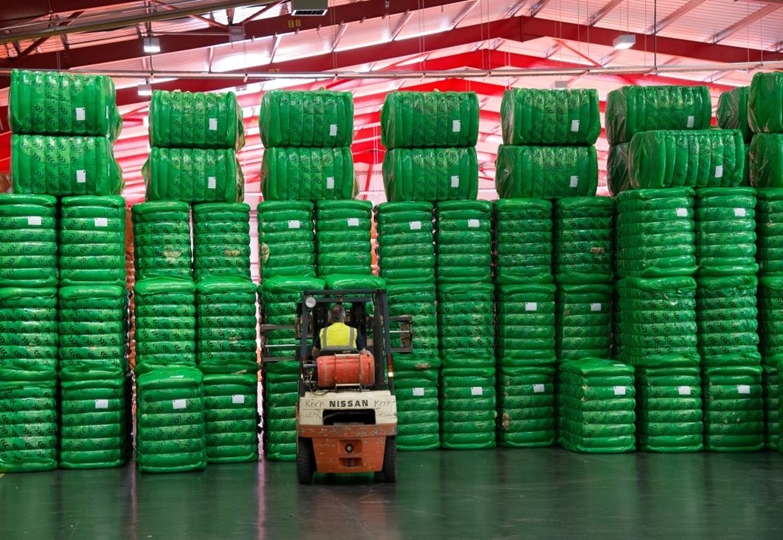 The Covid-19 pandemic has had a significant detrimental impact on the global wool market and despite the fact that British Wool has cleared the 11million kg of unsold wool they had at the end of April the market remains extremely challenging.

Andrew Hogley, Acting CEO explains “British Wool has managed to sell wool in decent volumes since August which has allowed us to clear last season’s unsold stock but prices are still severely depressed.

The global market faces an oversupply of cross-bred wool, this is mainly from New Zealand but also from other European markets.  Although we have seen some more positive signs in recent auctions on some wool types, carpet wools remain under a great deal of pressure.

The contract carpet market which serves hotels, offices, cinemas, restaurants, airports, cruise ships, and the like, remains extremely depressed due to the closure of the hospitality trade due to the Covid-19 pandemic.”

In order to ensure producers receive maximum value for their wool in these unprecedented times British Wool has launched a major restructuring programme.  Mr Hogley explains “In order for us to maximise the value of producer’s wool it is critical that we re-shape the business in-line with current market conditions.

Next season we will be reducing the number of grading depots that we operate from twelve to eight.  This will result in the closure of our grading depots in Irvine, Porthmadog, Stamford and Liskeard and the wool from these areas will be reallocated to other grading depots within our network.  The annual savings from these measures are estimated to be £1.5 million per annum.  Based on our current level of wool intake this equates to a saving of 6p to 7p per kg.”

“It is critical that we make the changes to the grading network but I want to stress that we will not be changing our service levels to producers.  Where we close a Grading Depot we intend to replace this with a new Intermediate Depot in the nearby area.  This will ensure producers still have a local drop point for their wool with no onward haulage charges.

We will contact all affected producers ahead of next season to let them know where the new drop off points will be.  We will also continue to take all types of wool from any producer.  The sites we are closing are still open for producers to deliver this season’s wool and will remain so until the middle of February.”

Mr Hogley concluded “We urge producers to stick with us and remember that British Wool is your organisation working on your behalf.  Without British Wool returns for wool would be permanently low and many producers would have no market for their wool.  Rest assured things will improve and British Wool will be working hard to support the recovery of the wool trade in order to maximise the value of your wool.” Source: British Wool