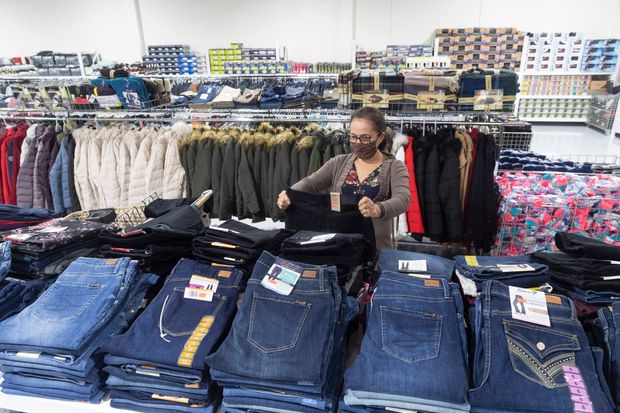 U.S. retailers and manufacturers slumped in February due to winter storms and supply-chain disruptions, but a broader economic rebound appears poised to accelerate this spring because of the easing pandemic and another round of government stimulus.

Retail sales—a measure of purchases at stores, at restaurants and online—fell by 3% in February compared with the prior month, the Commerce Department said Tuesday. The decline followed robust January sales that were propelled by stimulus payments to households from the December pandemic-relief package. January sales advanced a revised 7.6%, up from the earlier estimate of a 5.3% increase.

Severe winter weather wreaked havoc across a large swath of the U.S., affecting retail shopping and manufacturing output last month. The Federal Reserve separately said industrial production fell a seasonally adjusted 2.2% in February compared with January. Manufacturing, the largest component in the industrial-production index, drove the decline because of the weather disruptions and supply shortages in semiconductors for autos, the Fed said.

Consumers meanwhile spent less on autos, furniture, electronics, home improvement, healthcare and clothing. Sales at food and beverage stores were unchanged, while sales at gas stations were up strongly, by 3.6%, as gas prices have accelerated this year.

Despite the February decline, retail sales were up 6% over the last three months compared with the same period a year earlier, according to the Commerce Department.