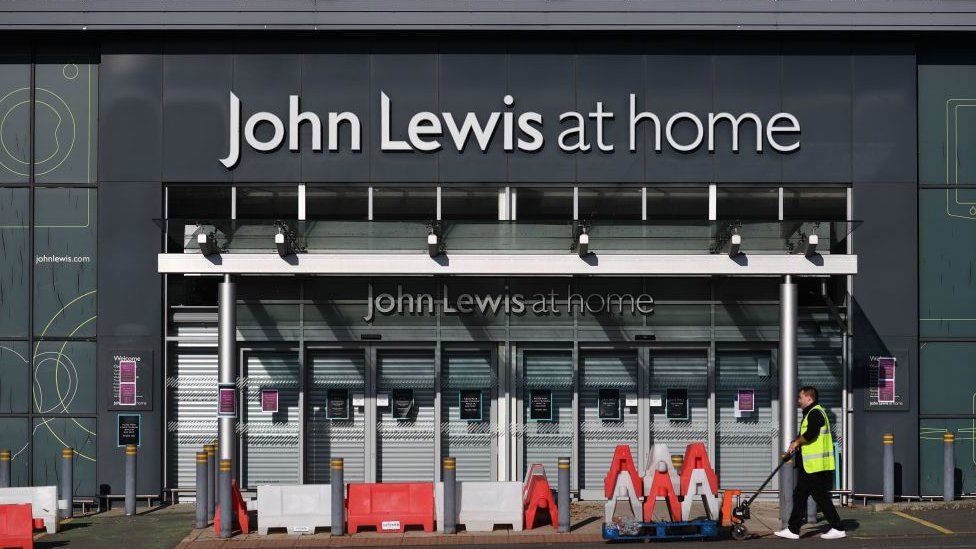 John Lewis has said it will not reopen eight of its stores once lockdown eases, putting 1,465 jobs at risk. The retail giant said some locations could not sustain a large store.

Four “At Home” shops in Ashford, Tunbridge Wells, Basingstoke, and Chester will close – as well as department stores in Aberdeen, Peterborough, Sheffield and York.

John Lewis said the eight shops were “financially challenged prior to the pandemic”.

Earlier this month, the retailer warned it would be making more store closures after the impact of the pandemic led it to report a hefty annual loss.

The latest move comes on top of the closure of eight stores that John Lewis announced last year. The chain has now axed around a third of its stores in less than a year.

The company said it planned to create more places to shop for John Lewis products across the UK. It suggested it would not entirely move out of areas where the main store was closing.

“In areas where we propose not to reopen stores, we will look at the right combination of options for that location to ensure we remain convenient for our customers, so they can continue to access John Lewis products and services.”

It added it would invest in improving click-and-collect in its Waitrose stores and offer more local collection points through third parties. It also will continue experimenting with John Lewis shopping areas in Waitrose stores, as well as trying out smaller, local neighbourhood shops.

The company said it would “enter into consultation with the 1,465 affected partners” about the proposals.

Should it proceed, it said it would make “every effort” to find alternative roles for as many as possible.

John Lewis has a unique structure in that its staff are also partners in the business, and receive a share in the profits in good years.

It said the stores that were closing were in locations where it did not have enough customers. “Given the significant shift to online shopping in recent years – and our belief that this trend will not materially reverse – we do not think the performance of these eight stores can be substantially improved.”