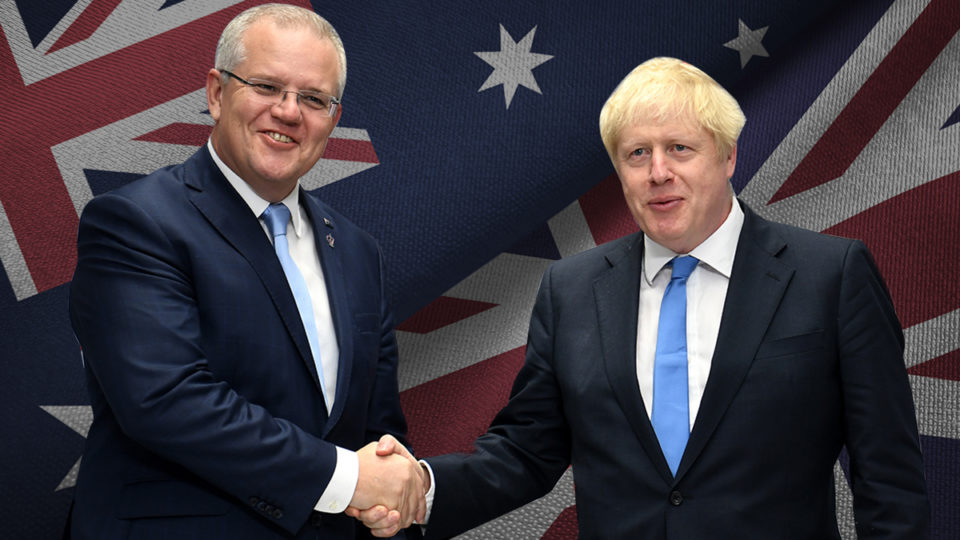 The UK has offered trade deal terms to Australia under which both countries would phase out taxes on imports over 15 years. The cabinet was reportedly split on what terms to propose, amid concerns UK beef and lamb farmers could be undercut by larger Australian producers.

But the dispute was apparently resolved after Boris Johnson pushed for unity.

If accepted, it would also lead to quotas – limits – on tax-free trade between the two countries to be phased out.

Ministers are keen to strike as many trade deals as possible following Brexit, and Ms Truss wants one in place with Australia by the time the UK hosts the G7 summit – of leading economies – in June.

But she had reportedly been at odds with Environment Secretary George Eustice over the possible impact on uk farmers.

With these differences seemingly resolved at a Downing Street meeting chaired by the Prime Minister, Ms Truss put the UK’s terms for a deal to Australian counterpart Dan Tehan at an online meeting.

Speaking on a visit to Portsmouth, Mr Johnson said: “We are certainly looking at doing free trade deals around the world. “They present a fantastic opportunity for our farmers, for businesses of all kinds, for our manufacturers. We should see these new openings not as threats but as opportunities.”

Mr Tehan said he was “confident” of reaching an agreement with the UK by early June, having had “very positive discussions” with Ms Truss.

In 2019-20, trade in goods and services between Australia and the UK was valued at £20.1bn, and both sides are hoping to expand this amount considerably.