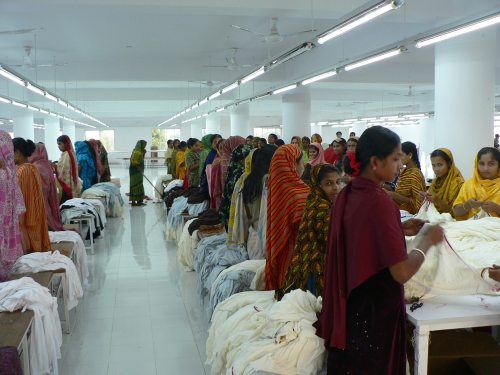 Australia’s wool industry is making plans to boost trade and co-operation after the ratification of the new India-Australia Economic Cooperation and Trade Agreement (Ind-Aus ECTA) in Federal Parliament last week.

He said India has always been among the top three importers of Australian wool, taking between 4-12 percent of the clip or around 8pc on average annually and there was real scope to grow India’s current market share of raw Australian wool under the Ind-Aus ECTA.

“There was general acknowledgment that there was real scope to grow India’s current market share of raw Australian wool.

“It seemed that the lowering of the tariff on processed wool into India and the removal of tariffs on greasy wool will certainly assist in exports, but also allow for a greater flow for value added products that come into India in raw form but leave semi processed or as finished products,” he said.

“India’s progress in technologies such as natural and waterless dyeing as well as it long history in artisan processes is of growing interest to the global audience and a talent that we will look to leverage through the use of the Wool Lab and the Indian sourcing guide that we launched in June this year.”

Mr Roberts said the Woolmark event celebrated more than 50 years of cooperation between Woolmark and the Indian textile market.

“This was an event that was hatched between AWI and Austrade several months ago that was totally separate to any Free Trade Agreement (FTA) discussions.

“It just so happened that the event fell in the same week that the Australia/ India FTA being ratified in the Australian parliament,” he said.

The event took place on the grounds of the Australian High Commission and was hosted by the Head of Austrade South Asia, Catherine Gallagher who also spoke at the event.

“Prior to the event, AWI did hold discussions with Austrade about wool trade and what the FTA would mean going forward,” Mr Roberts said.

Mr Roberts said there is a broader discussion between Wool Industries Australia and the Indian Ministry of Textiles about a wool joint working group.

“AWI is involved in these discussions along with WIA members which look set to take place early next year.

“The key focus will be how we can better facilitate and expand wool trade between our two countries,” he said.

“This could include improved banking facilities and concessions re exporting wool products from India.”

Mr Roberts said Woolmark launched its “Grown in Australia, made in India” campaign in 2017/18 and it has resonated with the entire trade in India.

“It was the title of our event and a catch cry we intend to build on.”

Mr Roberts said AWI is happy if others want to leverage from the campaign slogan.

“If it helps trade and grows cooperation between the two counties that, AWI is delighted.”

The Albanese Government last week said Australian exporters, businesses, workers and consumers will soon be able to reap the opportunities and benefits of more open trade with India and the United Kingdom with the passage of implementing legislation through Federal Parliament on 22 November.

The government said the Australia-India Economic Cooperation and Trade Agreement (ECTA) will open up new markets to reach around 1.4 billion consumers in the world’s fastest growing major economy.

The Australia-United Kingdom Free Trade Agreement (A-UKFTA) is the first full trade agreement the UK negotiated from scratch following Brexit. The A-UKFTA will deepen our already strong economic relationship with the UK and offer greater opportunities for our businesses to diversify their trade markets.

The ECTA and A-UKFTA will enter into force 30 days (or another mutually agreed time) after the respective parties have confirmed in writing that they have completed their domestic requirements.

“These new agreements will create new opportunities for trade diversification and great outcomes for Australian business and Australian families.

“It is an acknowledgement of the centrality of trade to our economic resilience and ongoing prosperity.”

Minister for Trade and Tourism Don Farrell said the agreements will support our businesses to grow, to offer more employment opportunities, and will give Australian consumers more choice at the check-out.